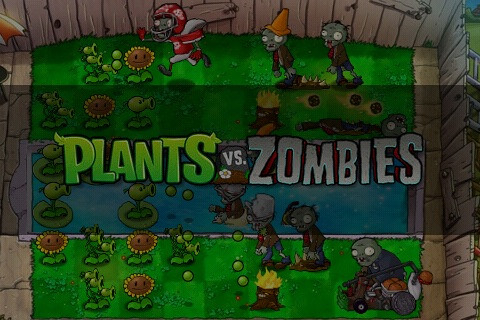 GW3:A GAME FOR ALL AGES

In recent years the games are being run by EA, who for once haven’t just flooded a game with microtransactions and called it a day. By transferring Plants vs. Zombies from a tower defense game to a multiplayer team class-based third person shooter called Garden Warfare.

Garden Warfare is a spoof on Call of Duty (CoD)’s Modern Warfare, and has just now released a founders buyable demo for its third installment “Battle for Neighborville”. The game itself has two sides, obviously, Plants and Zombies, of which there are 10 different player classes for each warring side. for Plant’s, there is the classes Peashooter, Sunflower, Chomper, Cactus, Citron, Rose, Captain Corn, Night-Cap, Acorn, and Snapdragon. For Zombies, there is the Footsoldier, Engineer, Heavy, Scientist, Imp, Superhero, Pirate, Space Cadet, Electric Slide, and 80’s Action Hero.

Each class comes with it’s own set of abilities, strengths and weaknesses. From health to mobility to ammo, there is something for everyone. You begin your game in the social hub, Giddy Park, as a Peashooter at the Plant Team base, and you can switch classes and teams as you please. Beyond the Hub there are four free roam story mode areas with collectables and their own unique mission for both sides; Town Center then Mount Steep for plants, and Weirding woods then Town Center for Zombies. Each area has around 50 different medals, a final boss, sub-bosses, and plenty of missions to keep you busy.

If you are looking for a Multiplayer experience, there’s everything from a capture the flag based mode to a control point mode. Deathmatch and Unique Payload/Control point modes exist as well.

As an avid player of these games, I can not recommend them enough, it’s fun for most everyone, and there is no pay2win. It’s solid in gameplay too, but time will tell if that continues, as in the past, EA has shown that they are VERY money hungry, and will go to extreme lengths to get money. Not to mention with a class-based game, the classes are always being reworked or re-balanced to make the game feel fair, and this sometimes backfires. Personally, I enjoy the game because of its humor and solid movement, and I know many others will too. Overall, the game will be well-liked by fans of Shooters, and will very much enjoy it if they are into visual humor and gags.

The verdict is in, I say you: Plug and play!

Engineering teacher Adam Davidson moved on from Riverside after 15 years to accept a job at Duke University.
12.30.21 - Winter Break has come and as we approach the end of the year we look back at our most liked stories, as well as peoples number one wish list item. Ben Meglin closes out the last segment of the year, as we will see everyone again in 2022!
12.9.21 - DPS has made suggestions and remarks to remove smart lunch from Riverside, and implement our old scheduled ABC Lunch times. Genesis Smith interviews students on how they would feel if DPS was to remove our smart lunch.
Woods-Weeks Takes the Helm. Riverside’s newest principal vows to increase student achievement, create a welcoming community, and enforce safety. Every morning she greets students as they walk into school.
12.1.21 - What Songs Are You’re Classmates Listening To? (Pt.2). Ben Meglin Explores Campus Asking Students What Songs They Are Listening To.
Bilingual Classmates Help Newcomers Learn. Check out this story on Riverside students navigating language barriers on our website: thepirateshook.com
My Tweets
×
%d bloggers like this: