Riverside special education teacher Frank Hayes held a flower made of tissue paper in his hands. Claribel Andujar-Galarza, beloved Riverside Spanish teacher who passed away in July of cancer, made these flowers to decorate her classroom, he said.

“Everything she did, she did it with love and she did it with care,” Hayes said. “You don’t find too many people like that. I took one of her flowers so that I can always remember her.”

It takes only a brief conversation with those close to her to see that these brightly colored handmade flowers are a perfect representation of Andujar’s gracious, giving spirit. 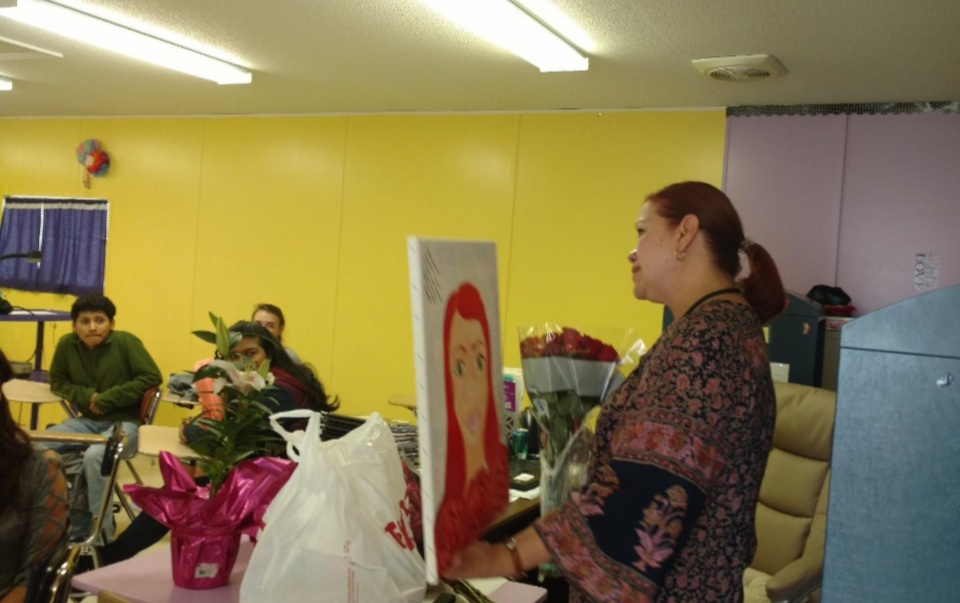 Riverside assistant principal Chaundra Clay scrolled through saved text messages and pictures of Andujar’s grandson as she spoke about an interaction the two had just before this spring’s drive-through graduation.

“She was just talking about if we needed her to do anything for graduation,” Clay said. “And I was like, ‘Ms. Andujar, are you going to be up to it?’ and she was like, ‘Well, are you praying?’ … So even while she was sick and going in and out of the hospital with pain, she still was trying to find a way that she could help us out during graduation.”

Hayes remembers when Andujar learned that he was moving into a new home.

“She gave me all of these crates,” he said. “I still have one sitting right here. It has her handwriting on it. I have another one that I kept my Christmas tree in.”

Riverside family and consumer sciences teacher Teresa Mugeni cherished her time with Andujar at the coffee pot in the teacher work room each morning. She referred to it as being “infused” with Andujar’s “sunny personality.”

Mugeni recalls one day asking Andujar if she ever just felt the need to scream.

“She was like, ‘Oh, no, no, no, this [cancer] is something that’s happening to me,’” Mugeni said. “And I was like, ‘You have such strength that I don’t think I would have. You’re taking this in a very positive way and even though it’s getting you down, it doesn’t show at all.’”

Riverside principal Tonya Williams-Leathers loved to spend time talking with Andujar, who was a principal herself before moving to the U.S. from Puerto Rico. Williams-Leathers spoke of her attempts to convince Andujar to stay home from school when the coronavirus first became a concern.

“She was like, ‘No, I have my Clorox wipes and I’ve got my Lysol and I’m not going to leave the trailer.’”

Williams-Leathers said that Andujar had plans to resign prior to COVID-19, but because she was able to work from home, she stayed on staff.

Brandon Rigsbee is a former student of Andujar’s. He called her his favorite teacher.

“She used to always come check up on me in my other classes,” he said. “She was cool. She wasn’t like the other teachers.”

“She definitely celebrated the Latinx population,” Williams-Leathers said. “She would organize Hispanic Heritage Month. She would do the big presentation that was in our lobby every year.” 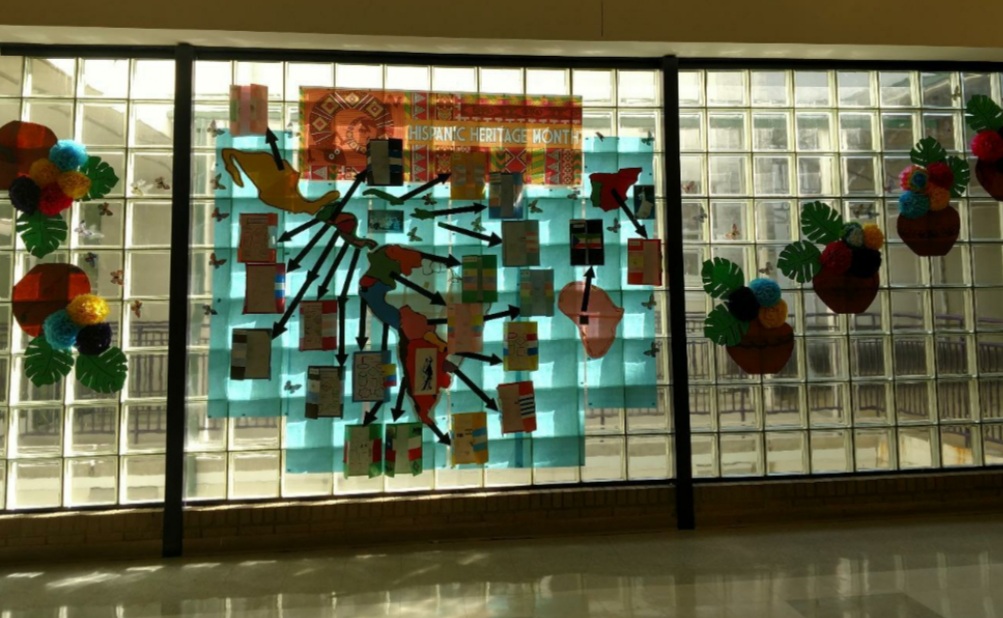 “I was so excited about meeting her because she was a native Spanish-speaking teacher teaching Spanish,” Mugeni said. “That also made students comfortable as well, to know that they had a native speaking Spanish who understood their culture.”

Andujar also worked alongside other faculty advisors to run Destino Success, a Riverside student club that celebrates Latinx culture. She would use the refrigerators in Mugeni’s classroom to store food for club events. She also provided a valuable perspective for students who, like her, moved to the United States from another country.

“You had a base where you could actually go and speak freely, without any judgement, to any of those teachers, but especially to Ms. Andujar,” Mugeni said.

“She did all of this while battling cancer,” Clay emphasized.

Her colleagues agree that Andujar’s classroom was nothing if not a welcoming space.

“There was a student here…he just called her mom,” Hayes said. “They respect her to the point where they want to please her, they want to make her happy. That was her.”

What does it mean to be a educator in North Carolina?
The demographic gap: racial diversity, gender, and culture in Riverside engineering. This feature by Isaac Janiak Stein and Tate Gasch highlights the disparity of minority students in the engineering program, student perspectives on the program’s culture, DPS and Riverside uninvolvement, and much more. Check out this exclusive story on thepirateshook.com
Today at 12:30 nine RHS student athletes signed their letters of intent to play sports at the collegiate level next year. They represent the top athletes of the class of 2022. In order of appearance:
3v3 Hook photos 🏀📸 Part 3/3: The fans
3v3 Hook photos 🏀📸 Part 2: the final
Hook photos from the Pirate Athletics Media 3v3 Basketball Tournament. Part 1: the playoffs
My Tweets
×
%d bloggers like this: