Hours before game, during the pep rally, the bleachers were packed with hyped RHS students showing off their school pride. Coach Broc Dickerson was the emcee, and the  majorettes band JROTC all performed. The rally also highlighted all fall athletes. After each team was announced, they players ran toward the bleachers and threw out free t-shirts.

Sophomore Jaelyn Ashe fell while trying to catch a shirt, only to find out that it was a towel.

“Man, I thought it was a shirt, I risked my life for a towel,” she said.

There were also activities during SMART Lunch. On Monday there was a kickoff competition. Tuesday a Pirate warrior event, Wednesday a disc throw competition, Thursday pie a teacher in the face and face painting on Friday.

Counselor Daniel Kearns was excited to have been a part of the planning.

“I love spirit week, I have fun participating and being able to do things without being judged.”

Kearns also said he was  glad to have added his input and happy to finally be a part of the committee.

Social studies teacher Gabriel Minick says spirit week is her favorite time of year. Minick made sure that every event was linked to a club.

“It was fun helping out,” she said.

“It’s great to see kids and teachers get in the spirit of homecoming and lead the football team to victory,” he said.

After the game,students attended a dance in the cafeteria. 225 people tickets were sold for the dance, but a little less than half attended, according to athletic trainer Sarah Bell.  More students started coming to the dance later that night around 10:00pm, mostly freshmen attended. 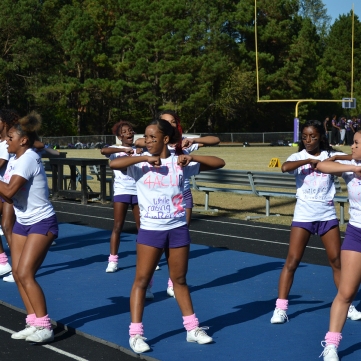 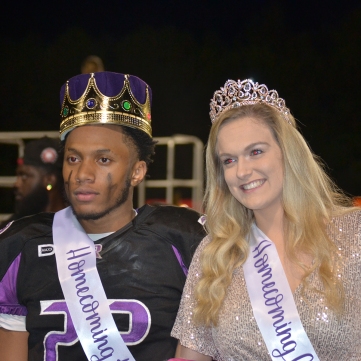