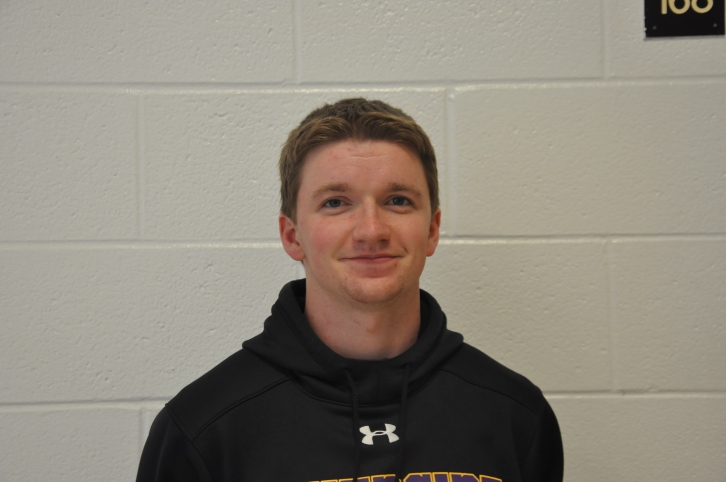 Jacob Bowers is a senior at Riverside High School, the only kicker of the football team, a pitcher on the baseball team, and an amazing student.

“I play baseball and football, which takes up most of my time,” said Bowers.

He started as a pitcher when he was a freshman and thinks over the years him and the baseball team have gotten better and better. “Jacob is a rare individual because he is an excellent student. Very few maintain high academic achievement while participating in two varsity sports. Jacob has developed into a quality pitcher for us and we expect him to be a major factor in our success this spring” said Varsity baseball coach Douglas Simmons.

Bowers hit a game-winning field goal with four seconds left on the clock in a final game against Jordan to seal the Tri-6 Championship. He started kicking last year. Head football Coach Cory Lea saw him kicking on the football field and asked about kicking for the football team.

Bowers began kicking because his Dad, Brian Bowers, kicked for the University of Georgia in college.

“He’s what made me go to kicking,” said Bowers

UPDATE STORY POSTED
Teacher Shortage Worsened by Pandemic Creates Crisis at Riverside High School:
Coach K is living in the moment for his final season
09.07.21 - Laura Brache and Thomasi McDonald visited the Hook Staff yesterday to take questions about investigative journalism.
Durham Public Schools has officially opened schools and allows students to learn in person at full capacity, with some reinforcements to help prevent the spread of COVID throughout the school. This has posed new challenges for the Riverside community.
🚨HAVE YOU FILLED OUT THE HOOK’S SENIOR SURVEY?🚨
My Tweets
×
Loading Comments...
%d bloggers like this: