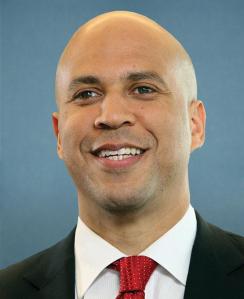 Cory Booker is a 49 year-old New Jersey senator and former mayor of Newark. As a senator, he has been a leader in criminal justice reform. He sponsored the Marijuana Justice Act, which decriminalized the possession and distribution of marijuana, and was involved in the First Step Act, enacted with the goal to provide for programs that prevent prisoner recidivation. A vegan and former college football player, Booker is also a proponent of “Medicare for All,” a $15 minimum wage, and the Deferred Action for Childhood Arrivals (DACA) program. He supports increased gun safety legislation, often referring to gun violence in his hometown of Newark, NJ. 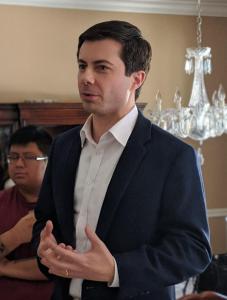 Pete Buttigieg is the 37 year-old mayor of South Bend, Indiana and an Afghanistan war veteran, potentially the youngest and first openly gay president. He stresses his youth as opposed to seniority as a qualification for the presidency and is vocal about addressing climate change and economic opportunity. He supports universal background checks, a single-payer health care system, and removing troops from Afghanistan, citing his personal experience.

Julián Castro is a 44 year-old former Secretary of Housing and Urban Development and former mayor of San Antonio who would be the nation’s first Latino president. He has emphasized making the US “the smartest,” a proponent of universal prekindergarten, which he implemented in San Antonio, and making the first two years of higher education free. He is also in favor of “reconstituting” ICE, rejoining the Paris Climate Treaty, and “Medicare for All.” 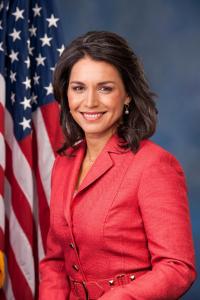 Tulsi Gabbard is a 37 year-old Hawaiian representative and National Guard veteran, potentially the youngest, first American-Samoan, and first Hindu president. She has apologized for past homophobic statements and work with an anti-LGBT advocacy group and has also changed her stance on abortion since first entering politics, initially having opposed increased abortion access. She is passionate about environmental protection, planning to mandate an end to the use of fossil fuels by 2050, universal healthcare, free public education, and lessening US involvement in foreign conflicts.

Kirsten Gillibrand is a 52 year-old New York senator and former conservative congresswoman turned progressive. She is a proponent of women’s equality, limiting carbon emissions, accessible higher education and childcare, and gun safety regulations. As a senator, she is known for her advocacy for sexual assault victims, a cosponsor of the “Campus Accountability and Safety Act,” which reforms the way college campuses handle reports of sexual misconduct. Gillibrand has faced allegations of hypocrisy since Politico reported on a poorly handled sexual harassment report within her own office. 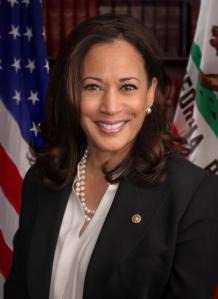 Kamala Harris is a 54 year-old California senator and former attorney who drew attention for her intense questioning of President Trump’s cabinet nominees and Brett Kavanaugh. She would be the first black female president and the first president of Asian descent. Harris supports the Paris Climate Accord, Bernie Sanders’ “College for All Act” and “Medicare for All,” increased gun control, DACA, and “re-examining” ICE. She has proposed the LIFT the Middle Class Act, which would provide individuals making less than $50,000 with a $3,000 refundable tax credit. 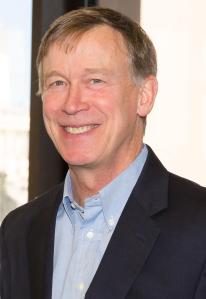 John Hickenlooper is a 67 year-old former governor of Colorado, former mayor of Denver, and former geologist and beer brewery owner. He is proponent of free trade, climate change action, and strengthening ties with allies. He opposes the family separation policy, refusing to send troops to the southern border upon President Trump’s request in 2018, and fought Trump in court over his reduction to federal methane emission regulations. 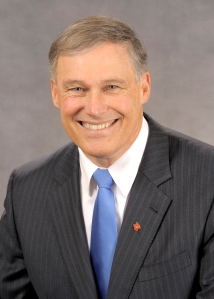 Jay Inslee is the 68 year-old governor of Washington and former congressman. He advocates for making climate change the nation’s number one priority, having unsuccessfully pushed for carbon emission regulation in Congress and as governor. He also supports free trade, increased minimum wage, universal health care, “Dreamers,” and welcoming refugees. 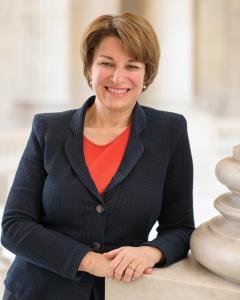 Amy Klobuchar is a 58 year-old Minnesota senator and former attorney who drew positive attention for her questioning of Brett Kavanaugh. She is a proponent of re-signing the Paris Climate Accord, expanding Medicare to age 55, lowering pharmaceutical prices, increasing legal immigration and work visas, and reforming ICE. Klobuchar co-sponsored the Honest Ads Act, which requires publishers to make advertising information available to the public to ensure transparency, and the Women’s Health Protection Act, which keeps states from restricting abortion access. She has come under fire recently after former staffers publicized her reputation as a cruel boss. 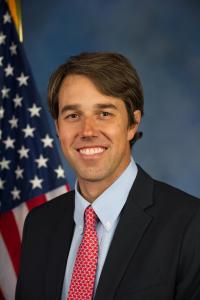 Robert “Beto” O’Rourke is a 46 year-old former Texas congressman who received $6.1 million in donations in the first 24 hours of his campaign, more than any of his opponents who made their fundraising public. O’Rourke is in favor of re-signing the Paris climate accord, universal prekindergarten, making the first two years of public university free, increasing background checks, an optional government funded health care system, and a legal status for undocumented immigrants. 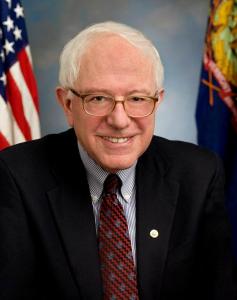 Bernie Sanders is a 77 year-old democratic socialist senator from Vermont and former congressman who became the first Jewish candidate to win a presidential primary in 2016. He is the lead senate sponsor of “Medicare for All” and the “College for All Act,” advocating for a government funded single-payer healthcare system and free public universities. He plans to cut and tax carbon emissions, divide large banks into smaller ones in order to limit risky investments, make citizenship more accessible, restructure ICE, and increase gun control.

Elizabeth Warren is a 69 year-old Massachusetts senator and former Harvard professor. She is in support of Bernie Sanders’ “Medicare for All” and “College for All Act,” reducing greenhouse gas emissions, investing in affordable housing, criminal justice reform, and ending Washington corruption. Warren has apologized for using a DNA test to dismiss questions regarding her Native American identification.

William Weld, the only other Republican candidate running, is a 73 year-old former governor of Massachusetts who ran for Vice President with libertarian Gary Johnson in 2016. Fiscally conservative but socially liberal, Weld supports LGBT and abortion rights, increased Medicare access, and legal status for undocumented immigrants while opposing minimum wage increases and tariffs.

Marianne Williamson is a 66 year-old self-help author and spiritual adviser to Oprah Winfrey. She unsuccessfully ran for Congress as an independent in 2014, and prior to announcing her campaign, she endorsed Bernie Sanders and spoke out against President Trump. Williamson advocates for $200-500 billion worth of slavery reparations, to be paid over the next 20 years to educational and economic projects. Additionally, she is in support of climate change action, criminal justice reform, DACA, and universal health care.

Andrew Yang is a 44 year-old former tech executive and founder of Venture for America, a nonprofit aimed at economically developing Rust Belt cities by encouraging entrepreneurs to start businesses there. Like many other entrepreneurs, he advocates for universal basic income, which would provide everyone over the age of 18 with a $1000 payment from the government each month. He is also a proponent of universal health care and Human Capitalism, which would restructure the economy in the interest of human welfare, not the wealthy minority.

Celynd Malone currently teaches honors biology but has also taught honors anatomy and physiology.
This semester, Grace Farely is teaching honors biology. Originally from Colorado, this is Farely’s sixth year in Durham. She has been teaching for three years total, all of them at Riverside.
While he’s been teaching on and off at Riverside since 1995, this is Timothy Brown's first school year back from Kenya where he taught for the past four years.
Tavia Webley was born in South Carolina but has been living in Durham since 2000.
Shaun Thompson teaches Earth & Environmental Science, Biology, and AP Environmental Science. He also coaches the cross country and track & field teams.
Priscilla Graves is starting her second year at Riverside as the Career and Technical Education coordinator.
My Tweets
×
Loading Comments...
%d bloggers like this: